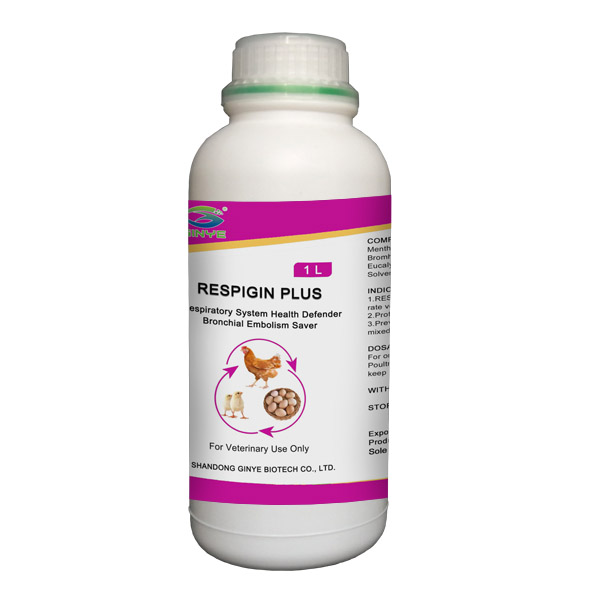 An expectorant is a medicine that can increase the secretion of the respiratory tract to make the sputum thin or to promote the dissolution of the viscous components of the sputum to make it easier to discharge. Normal sputum includes 95% water, 2% glycoprotein, 1% carbohydrates and less than 1% lipid compounds.

An expectorant is a medicine that can increase the secretion of the respiratory tract to make the sputum thin or to promote the dissolution of the viscous components of the sputum to make it easier to discharge. Normal sputum includes 95% water, 2% glycoprotein, 1% carbohydrates and less than 1% lipid compounds. When inflammation occurs in the respiratory tract, the composition of the respiratory tract fluid will change. The sputum contains mucus, foreign bodies, pathogenic microorganisms, various inflammatory cells and necrotic and sloughed mucosal epithelial cells. Among them, mucopolysaccharides and viscous glycoproteins are increased. And deoxyribonucleic acid (DNA) increases the viscosity of sputum, making it difficult to cough up the sputum, and embolism is formed in poultry organs or bronchi. At this time, there are two main principles for sputum drug treatment. One is to dilute the sputum to make the sputum thin and easy to be eliminated. Commonly used drugs include NH4CL. KI. Guaifenesin, etc., which are called sputum concentration. Diluting medicine; the second is to dissolve sputum, degrade the viscous components of sputum and eliminate embolism. Commonly used drugs include acetylcysteine, bromhexine hydrochloride, ambroxol hydrochloride, deoxyribonuclease, 1.5% sodium bicarbonate solution, etc., Call these drugs mucolytic drugs. The main mechanism of action of the sputum thinner is that it can stimulate the vagus nerve endings of the gastric mucosa after oral administration, causing mild nausea, and reflexively causing the innervated trachea and bronchial glands to increase secretion and dilute sputum. A small part of ammonium chloride is excreted from the respiratory tract, and the stimulating effect of ammonium chloride is weak. It is mainly used clinically for acute respiratory inflammation. After KI is absorbed, some iodine ions are discharged from the respiratory glands. Because the drug is very irritating, it is not suitable for acute bronchitis, and has a better effect on subacute and chronic bronchitis. Guaiacol glycerol ether is a powerful expectorant for thick phlegm and cough caused by acute and chronic bronchitis, bronchitis, colds, etc. It can also be combined with other anti-asthmatic drugs to control asthma. Acetylcysteine ​​in mucolytic drugs can break the disulfide bond (-ss-) in the polypeptide chain of glycoprotein in sputum due to its structure containing sulfhydryl (-SH), reducing the viscosity of mucus and purulent sputum. It is suitable for poultry with sticky sputum obstructing the airway and breathing difficulties. The spray administration effect of this medicine is particularly good. The main mechanism of action of bromhexine hydrochloride and ambroxol hydrochloride is to lyse the mucopolysaccharide fibers in the sputum, inhibit the synthesis of viscous glycoprotein, and increase the secretion of the respiratory glands to reduce the viscosity of the sputum and make it easy to discharge. Ambroxol hydrochloride is a metabolite of bromine, and its expectorant effect is stronger than bromine. Both have a synergistic effect with antibiotics. Both can increase the distribution concentration of antibiotics such as amoxicillin, cefuroxime, erythromycin or doxycycline in the bronchus, shorten the time of antibiotic treatment, and are worthy of clinical treatment in the treatment of chronic obstructive pulmonary disease. Promote use. Bromhexine hydrochloride has poor water solubility and is restricted when it is administered to poultry drinking water. Ambroxol hydrochloride can be made into an oral liquid that can be used for drinking water administration. Deoxyribonuclease can directly act on purulent sputum. Firstly, it decomposes deoxyribonucleic acid and rapidly reduces the viscosity of sputum; secondly, the combination of deoxyribonucleic acid and protein in thick sputum prevents proteolytic enzymes in white blood cells from working and reduces The natural dissolution of protein, and after the drug dissolves deoxyribonucleic acid, the protein in sputum loses its protection and is easily decomposed by proteolytic enzymes in white blood cells, resulting in secondary proteolysis. This product is suitable for spray or nasal administration. 1.5% sodium bicarbonate solution as an airway humidification fluid should not only have a practical effect of resolving phlegm and scabs, but should also reduce airway inflammation to a certain extent and protect the airway epithelium. The pH of 1.5% sodium bicarbonate is 8.0, and the osmotic pressure is equivalent to 3.2% NaCl solution. It is a hypertonic fluid. The hypertonic fluid can increase the water content in the airway, thereby diluting the sputum. At the same time, it also has a certain dehydration and astringent effect on the edema airway wall. Sodium bicarbonate is a basic salt, which has corrosive effect and can soften and dissolve sputum.